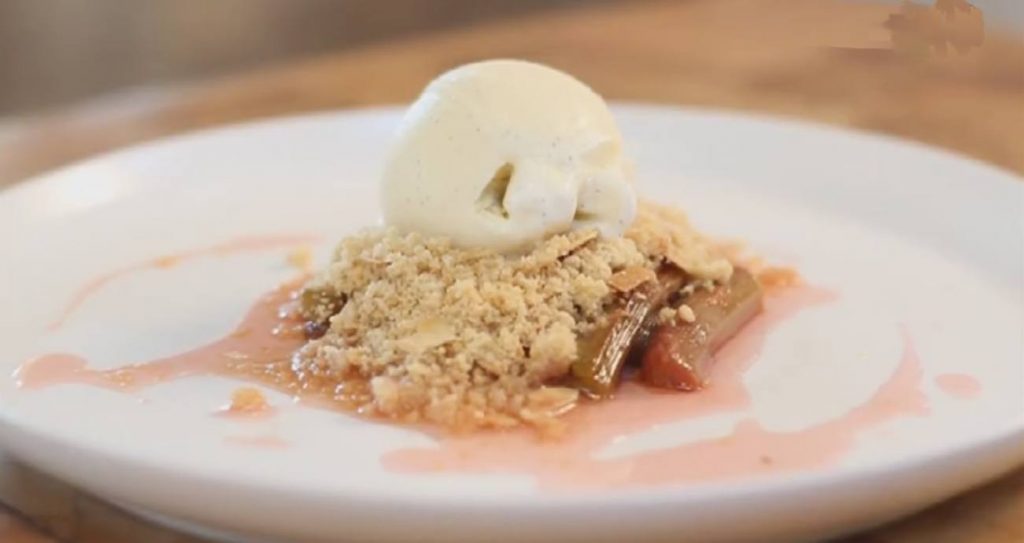 The video shows how to macerate the rhubarb prior to cooking as well as the fast way to a perfect crumble in the processor, ending by assembling the dish.

Maceration is explained – cooking without heat – in the video. The addition of lemon and ginger just enhances the rhubarb to another level.

The crumble mix is different as well, thanks to the addition of almonds. Almonds complement the rhubarb and ginger surprisingly well

Whether you’re buying the wonderful, tender, Yorkshire forced pink stems between Late December and the end of March, or the field-grown between April and September; this recipe is a lovely little de-constructed version of the whole baked crumble.

For the filling for Rhubarb & Almond Crumble:

For the crumble topping for Rhubarb & Almond Crumble:

Divide the rhubarb between 4 warmed plates, spoon over, and around a little of the pan juices. Top with the baked crumble topping, and serve with a scoop of vanilla ice cream.